Social networks and psychological safety: a model of contagion 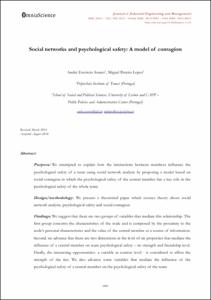