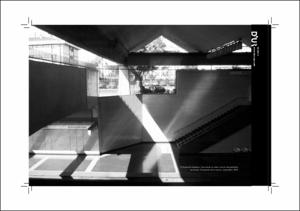 Except where otherwise noted, content on this work is licensed under a Creative Commons license : Attribution-NonCommercial-NoDerivs 3.0 Spain
Abstract
The article deals with the origins and the spatial expression of the first stations of Santiago de Chile’s Metro system, built in the 1970s as features in a major urban project: the modernization of the city by building new road and transport infrastructures, a project headed by architect and urban planner Juan Parrochia. The stations were built to be an essential part of public space, as key pieces in a new "urban system" which, with their architecture and location, addressed both the technological requirements of this means of transport and the needs and opportunities of each of the places where they were constructed. Using surveys and photographic records, and the analysis and representation of the location and architecture of each station, the history of various urban projects around the Metro is reconstructed, looking beyond the stations to reflect the new metropolitan dimension of the city as a whole.
CitationHidalgo Cepeda, Nancy Rocío. Las estaciones que fundaron el metro en Santiago de Chile. "D'UR", 2013, núm. 04/2013, p. 68-83.
URIhttp://hdl.handle.net/2099/14377
ISSN2014-2196
Collections
Share: