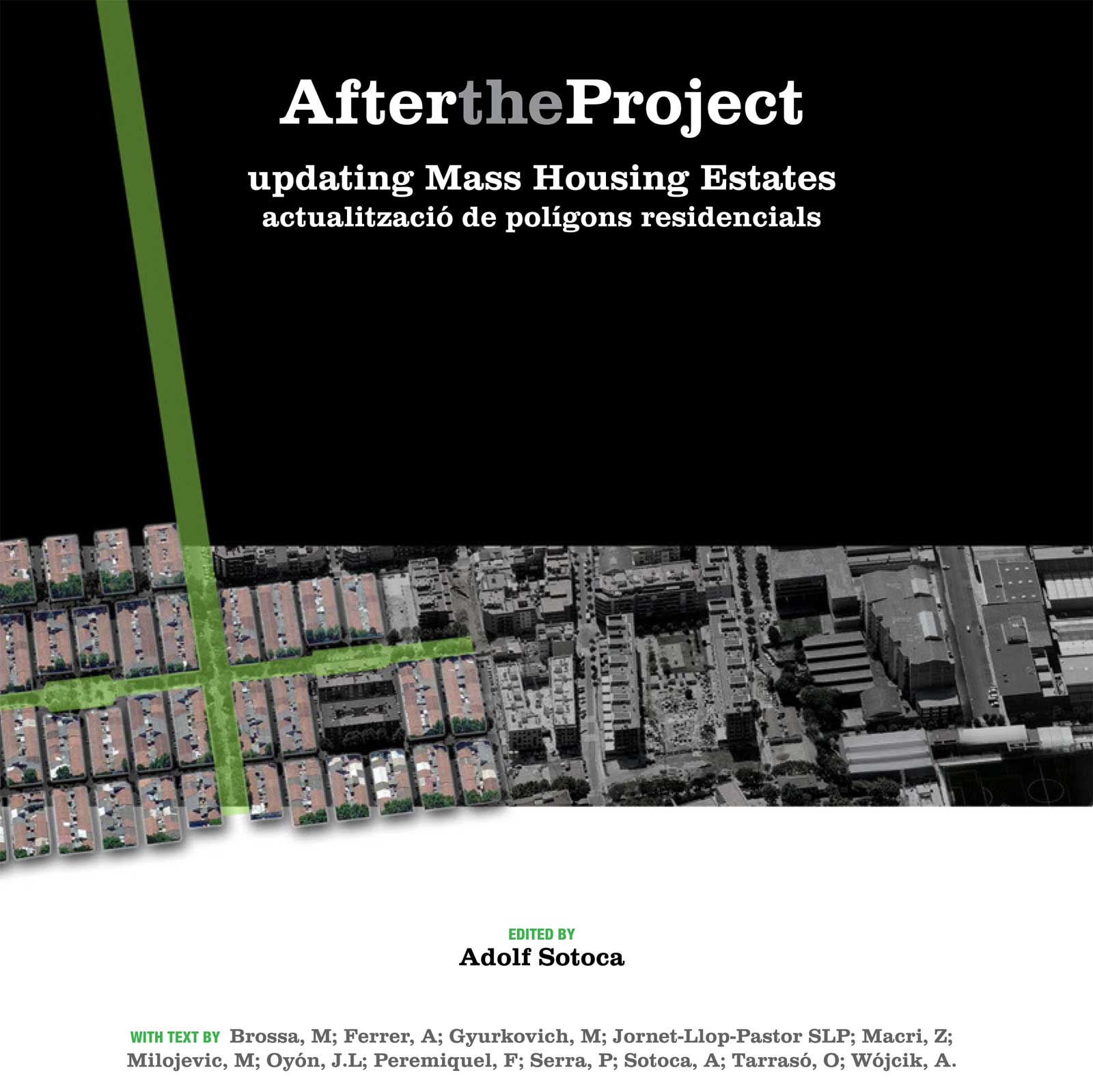 Document typeBook
PublisherUniversitat Politècnica de Catalunya. Iniciativa Digital Politècnica
Rights accessOpen Access
Abstract
It is often argued that the future city will be that one built on the already urbanized territory. This statement asks for a new approach to Urban Planning, more attentive to regenerating existing urban fabrics than extending them. Within this context, Mass Housing Estates and their renovation become an issue of great relevance. Being one of the 20th century's genuine forms of urban growth, their accelerated and very explicit obsolescence demands profound reflection on strategies and interventions. This book shows some descriptions, thoughts and tentative designs on this particular urban form. Opened to an international scope, most of the presented materials and writings are referred to Barcelona and its MHE, since it is an exceptional case study in this matter, as it is in many other fields related to urbanism. The large number and diversity of housing estates that were developed throughout the last century set the framework for the analysis of three challenges that MHE renewal will face in the future: guarantee of basic living conditions; urbanity provision and metropolitan integration. "The relevance of MHEs was the opportunity to build residential neighbourhoods with a much greater po-tential than traditional ones. Some specific cases have shown us how to design residential environments and others show us precisely the opposite, how not to. MHE shouldn't have been located in isolated sites with an excessive insistence on a certain type of architec-ture. Today the centre of our metropolitan reality continues to be Barcelona: it is a key element, extremely important. But let us look with a renewed attention at the metropolitan context. The baricentre of this metro-politan Barcelona is certainly not located in Ciutadella, but somewhere in Collserola. It is in this change of scale, it is in understanding the real city, that we will find the key to redefine MHE as an integral part of a much broader and more complex system than the former periphery where they were once built. Now we have the capacity and sufficient perspective to discern what was a mistake from the positive assets we can recover from these territories" Ferrer-Sotoca
Location
1: Stare Miasto, Kraków, Polònia
2: 31-14 Myeong-dong, Jung-gu, Seoul, Corea del Sud
3: Topčider, Beograd, Sèrbia
4: Sector 3, Bucharest, Romania
5: El Bon Pastor, Barcelona, Barcelona, Espanya
6: Ciutat Meridiana, Barcelona, Barcelona, Espanya
7: La Mina, 08930 Sant Adrià de Besòs, Barcelona, Espanya
URIhttp://hdl.handle.net/2099.3/36605
ISBN9788476539200
Collections
Share: