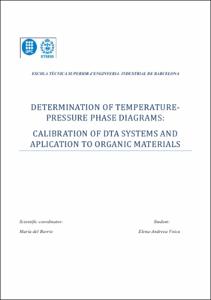 One of the major challenges of solid-state chemical physics in this century is to improve our ability to predict and control the appearance of different crystalline forms of a substance, the so-called “polymorphs”. Polymorphism is the ability of a solid material to exist in more than one form or crystal structure. Polymorphism can potentially be found in any material including polymers, minerals and metals.Although polymorphs have different stability domains in temperature and pressure metastable polymorphs can made real appearance out of their stability domains appearing spontaneous transformations from the metastable (unstable form) to the stable form. Polymorphism is important in the development of pharmaceuticals ingredients. Many drugs receive regulatory approval for only a single crystal form or polymorph. Polymorphism in drugs can also have direct medical implications. Medicine is often administered orally as a crystalline solid and dissolution rates depend on the exact crystal form or polymorph. Generally the technique used for polymorph screening involve recrystallisation from a wide range of solvents under a variety of conditions: crystallisation in the presence of additives, cocrystallisation, hydrothermal methods. Another method that has proved to be successful for the exploration of polymorphism in molecular compounds is the use of high pressure techniques. The aim of this project is to introduce the technique of differential thermal analysis ( DTA), the information that this technique can provide and the procedures to be performed to obtain. This technique involves the measurements of relative changes in temperature when a substance is subjected to a controlled temperature heating/cooling rate. A calibration of the instrument’s response allows obtaining temperatures and heats related with the phase transitions. Basically the calibration procedure compares the known temperatures and heats of transitions of the reference materials with the measured values in every DTA device. For measures taken at normal pressure, details reports about the calibration procedures and the recommended reference materials have been published by the International Confederation of Thermal Analysis IUPAC. When using a high pressure DTA, the evolution of the pressure during the phase transitions can be studied and the pressure-temperature (PT) phase diagram of a substance determined. In this work two high pressure DTA devices will be used to determinate the PT phase diagrams of several organic compounds between 0,1 and 300MPa. The low temperature DTA can work between 200 and 373 K and the high temperature DTA functions between 300 and 450 K. Like in the conventional DTA, the sample is subjected to a controlled temperature program at several pressures, being the response of the device entirely similar. Although the calibration procedure used in conventional devices would be equally applicable in high-pressure instruments, the reviewed studies on the evolution of the temperatures and heats of transition with the pressure in reference materials are scarce. However, the Clasius-Clapeyron equation provides an alternative method for obtaining the transition’s heat of reference materials from measurements of high–pressure dilatometry. Both procedures will be tested for the calibration of two high pressure DTA.
URIhttp://hdl.handle.net/2099.1/15857