Elements to evaluate the security of the containerized supply chain 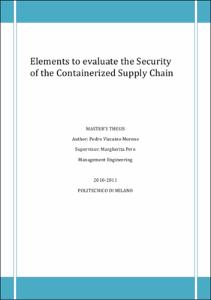